There is so much to see, do and enjoy in the area you'll never run out of actiities no matter what time of year you visit. If you need help customizing your experience, let us know and we can help you plan the trip of a lifetime, a special celebration or a romantic escape.

I recently had a guest tell me “It’s not fair, Southern Utah has SO much to see!” I had to agree with her, but here are our top 10 picks for you.
For today anyway, it may change as we explore more ourselves! 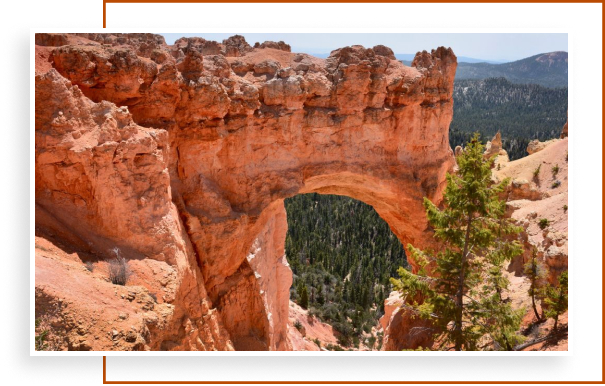 One of my favorite places on earth.
The one hour 15 min. drive to Bryce up Long Valley is beautiful! Bryce Canyon offers an amazing world of rock sculpted into spectacular ten-story sized sedimentary pillars. And while Bryce is stunning in the summer, I LOVE Bryce in the winter! There are groomed Cross Country ski/snowshoe trails both through the forest and near the rim. These trails are just outside the National Park and maintained by Ruby’s Inn. 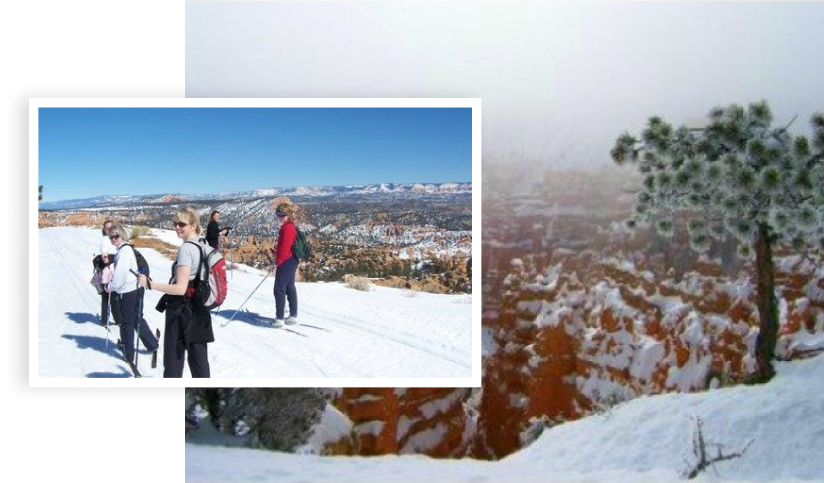 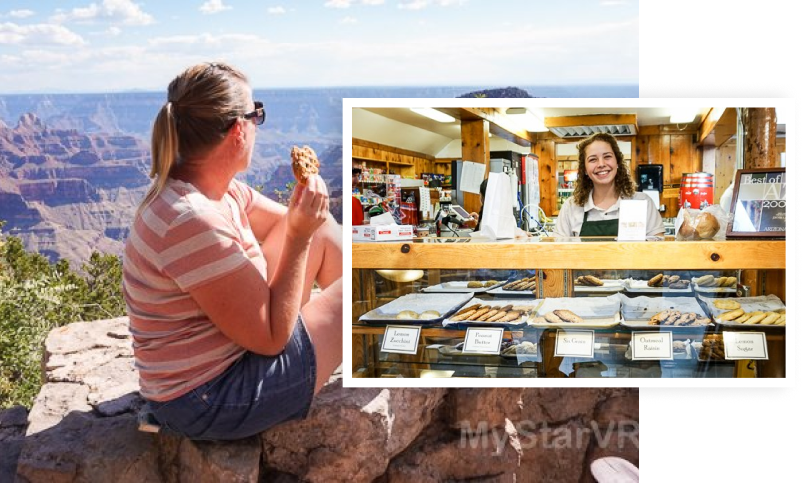 The North Rim closes for the winter in mid-Oct. and reopens in Mid May.

The North Rim of the Grand Canyon is about 1.25 hrs drive South of Kanab, Yet we are still the closest town of any size to this more remote treasure!
Because of its remoteness, the North Rim hosts only 10% of the annual 5 million international visitors. Thus, the North Rim offers a very different, more personal experience. Want to watch the sunset over the Grand Canyon in solitude? Then North Rim is for you!
I know you want to get to Grand Canyon, one of the 7 natural wonders of the world, but wait – Stop at Jacob Lake (Not really a lake, just a gas station and Lodge. Named for the guy – Jacob Lake) on the way. The Lodge there has great cookies! Grab a few for enjoying at the Rim

To visit the South Rim of the Grand Canyon is a 4 hr drive because you have to get around a giant obstacle – well, this giant canyon……

We love to go to Parry’s and browse all the old movie star photos and memorabilia in the lobby.
Parry Lodge was founded by the 3 Parry Brothers in 1931. It has hosted some of the biggest names from the golden age of Hollywood. John Wayne, Frank Sinatra, James Garner, Gregory Peck, Maureen O’Hara, Tyrone Power, Omar Shariff, Sammy Davis Jr, Anne Baxter, Dean Martin, Yvonne DeCarlo, Ronald Reagan and Barbara Stanwyck are just a few of the hundreds of stars and character players that stayed at Parry’s while filming in the many scenic locales in and around Kanab, Utah. Parry Lodge is listed on the National Register of Historic Places.

Or just take a walk up and down both sides of Center street right downtown and look for the plaques highlighting the stars from the movie heyday here. 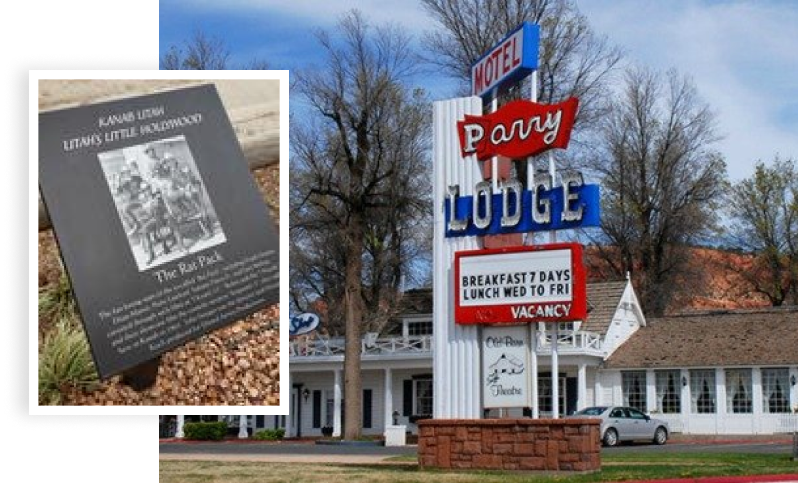 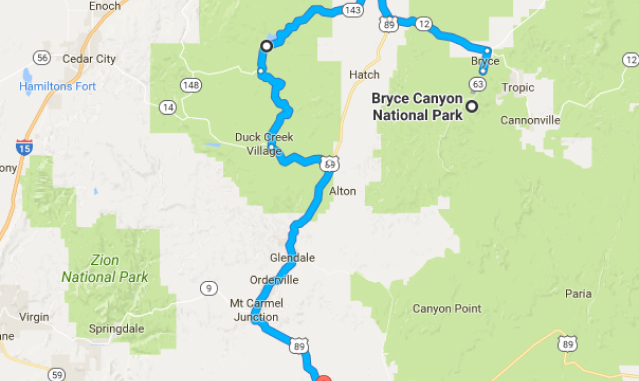 Scenic drive back from Bryce Canyon

After a fun day at Bryce Canyon, take a little one-hour extra detour on the way home through the beautiful Dixie National Forest. Go north to the quiet little town of Panguitch then head up the mountain – Fish at Panguitch Lake, take photos at Mammoth cave lava tube, enjoy mountain meadows, high pine forests and old lava beds before getting to quaint Duck Creek Village.

Ok, I love sweet potato fries anyway – but dipped in marshmallow and caramel sauce, this is kind of like Thanksgiving desserty gooey goodness by the finger fulls! Ask for “Sticky Fries” – not on the menu.

Just a couple of blocks from our Western Star vacation rental. 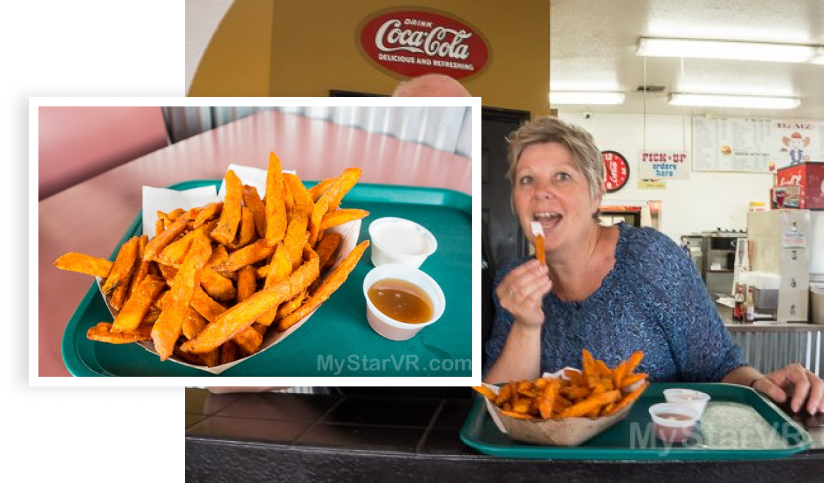 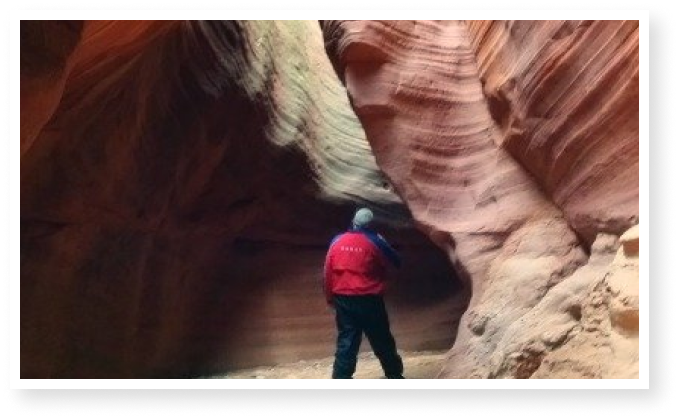 Peekaboo is great nearby slot canyon, best accessed by 4 wheel drive, ATV or with a local tour operator. This short slot rivals any of the more famous canyons located in Utah or Arizona for photography potential. Check with the Kane county visitors center for current road conditions.

Lake Powell is an awesome water playground! Rent a boat or take a tour to see some of the vast waterways or maybe even Rainbow Bridge. Or just spend the day hanging out at Lone Rock Beach (bathrooms and showers available)
Who said southwestern Utah was all bone-dry desert? Lake Powell, a reservoir on the Colorado River, is a paradise for boaters, fishermen, and other water sport enthusiasts, not to mention the second largest reservoir in the country. The sparkling body of water sits in a desert landscape with nearly 2,000 miles of shoreline that varies from beaches to canyons, creating one of the most interesting blends of elements in the state. Home to walleye, sunfish, and many types of bass, Lake Powell branches off into countless coves and canyons that make for some of the most interesting photographic opportunities around.

The unique mix of water and desert elements in this part of southwestern Utah create an interesting blend for photographers and artists to capture. 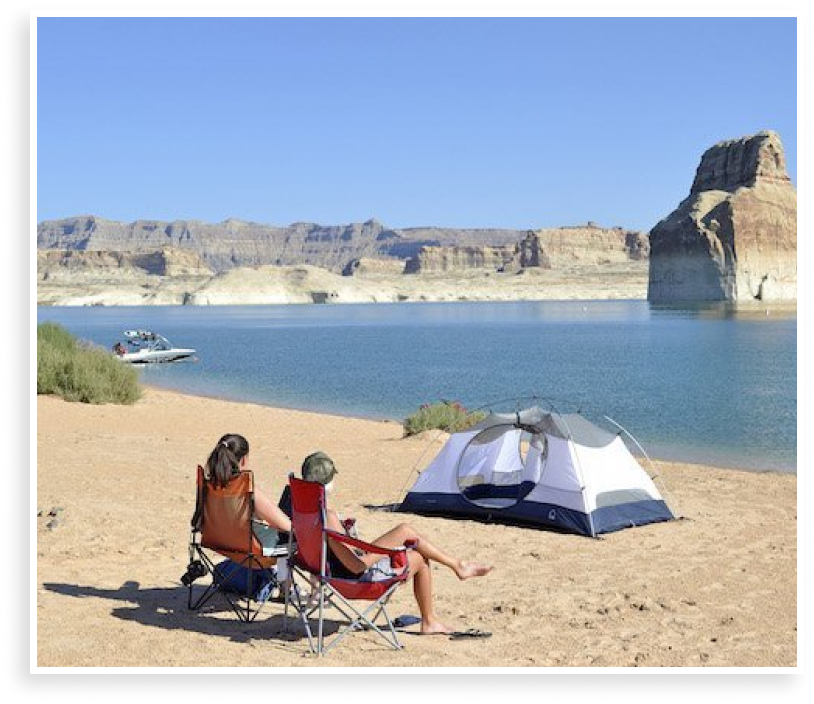 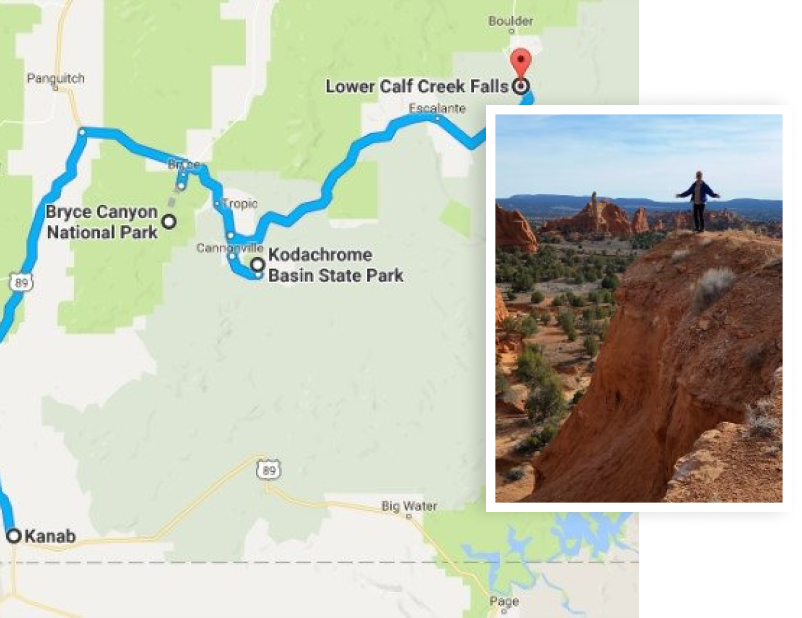 Enjoy a beautiful drive and day hikes on this less traveled byway. I think Kodachrome basin has a couple of the best short hikes around. I especially like Angel Palace trail (1.5 miles) for a quick hike up with great views and Panorama Trail (3-6miles) for a longer but more level walk around fascinating geological features. I have NEVER seen a crowd at this hidden jewel. If this park were not next to Bryce Canyon, Kodachrome would be THE attraction.
Calf Creek Falls is one of the most enchanting areas of the Grand Staircase-Escalante National Monument. A lovely oasis among streaked sandstone cliffs. It has become much more popular in the last few years and can be fairly busy sometimes.
The hike is 5.7 miles round trip and takes average hikers 3-4 hours. Elevation change on the trail is minimal, but the trail is sandy and walking can be a little strenuous, especially in hot weather. In contrast, the falls provide a delightfully cool, shady haven which makes the hike well worth the effort.

Burger and fries at The Galaxy Diner
– Hatch, Utah

It’s true – we do go to some lengths to time our trips to and from Kanab all around going to the Galaxy for burgers and fries. This 50’s style dinner is complete with memorabilia and jukebox. One hour north of Kanab, on your way to Bryce Canyon, look for this little diner in Hatch. You will drive right past it if you are not careful – but don’t. Stop and treat yourself. (Generally closed in winter….sigh) What can we say, the place has character and great fries all for about $7 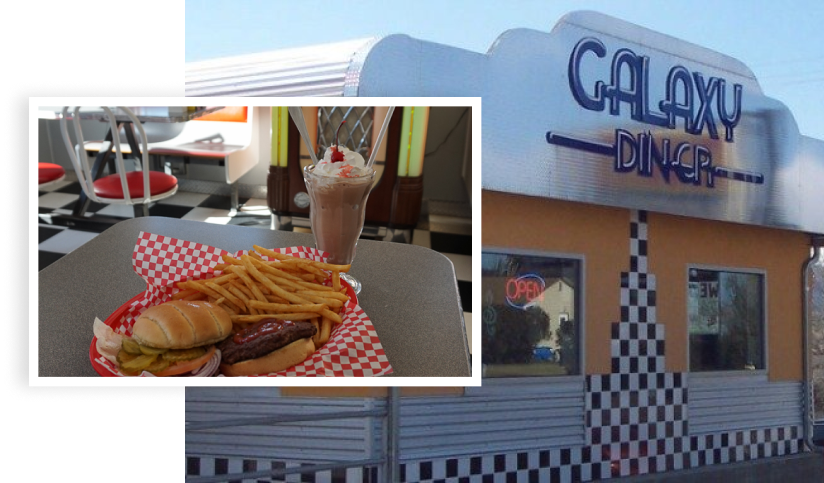 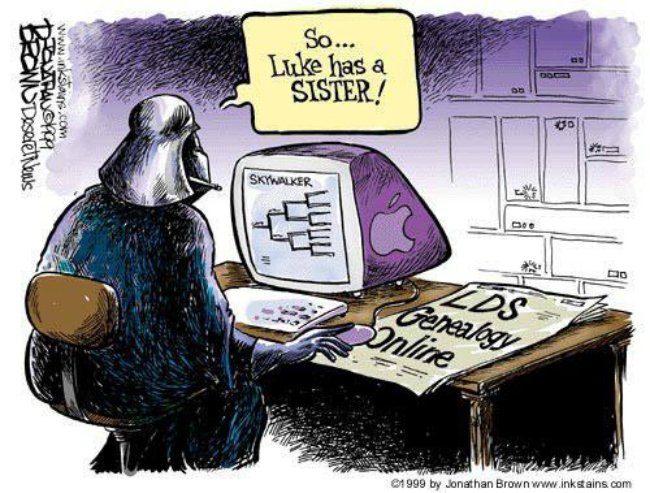 The Church of Jesus Christ of Latter Day Saints (Mormon) has a great Family History Research Center right downtown. Open to the public, there is always someone really nice there to help you learn a little more about you! It’s actually pretty cool to find your family geneology. You may find stories about your ancestors, near and far, that you didn’t know existed! Mondays 10am-4pm Tuesday and Wednesday Noon-9pm Thursday and Friday Noon – 6pm Saturday 1pm-4pm Sunday 4pm-7pm
My Star Vacation Rentals

The very best rates and most flexible cancellation policy will be found on this website. We process all payments through major credit cards or by PayPal. This way, you have fraud protection assurances for added peace of mind.